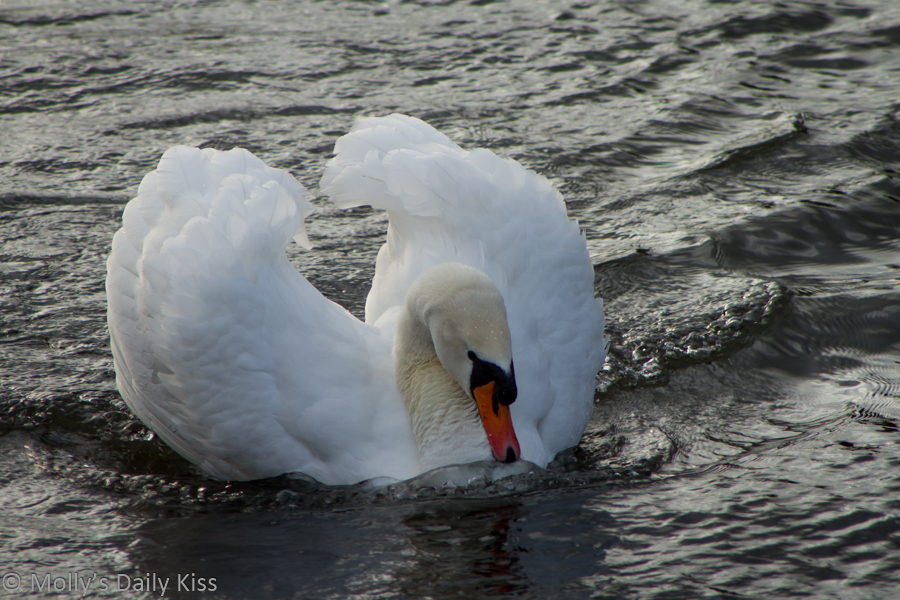 “Thou and I are too wise to woo peaceably.” ~ William Shakespeare

I took this shot a few weeks ago at a local park. Further down the pond there was another swan gliding about who was clearly this swans lady love because he would head off down to her end of the pond and they would bow their necks to each other in a display of love and drift in gentle contentment around one another. Sadly they were slightly to far away for me to get a really go picture of them but when the other male swans started to get to close this guy would launch into action. Puffing himself up and chasing them all away. He was hugely aggressive and angry, rearing up over them and relentless pursuing them until they all retreated and then he would swim back over to his love looking graceful and at peace with it all until they gradually came to close again and then it would start over. He was, without a doubt by far the biggest swan on the pond even when he was not all puffed up and angry but the other smaller pretenders to his throne were clearly not going to give up easily. However it appeared that she had her choice and not that the gentleman swans seemed to have have noticed too busy where they keeping an eye on each other. 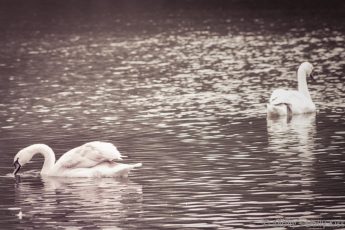 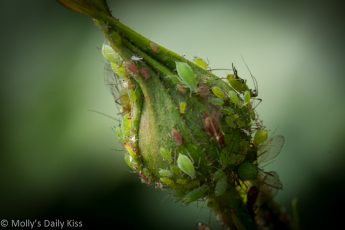 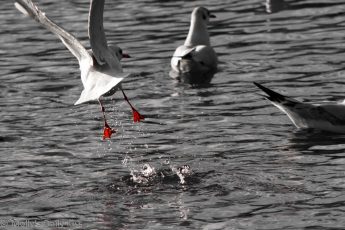